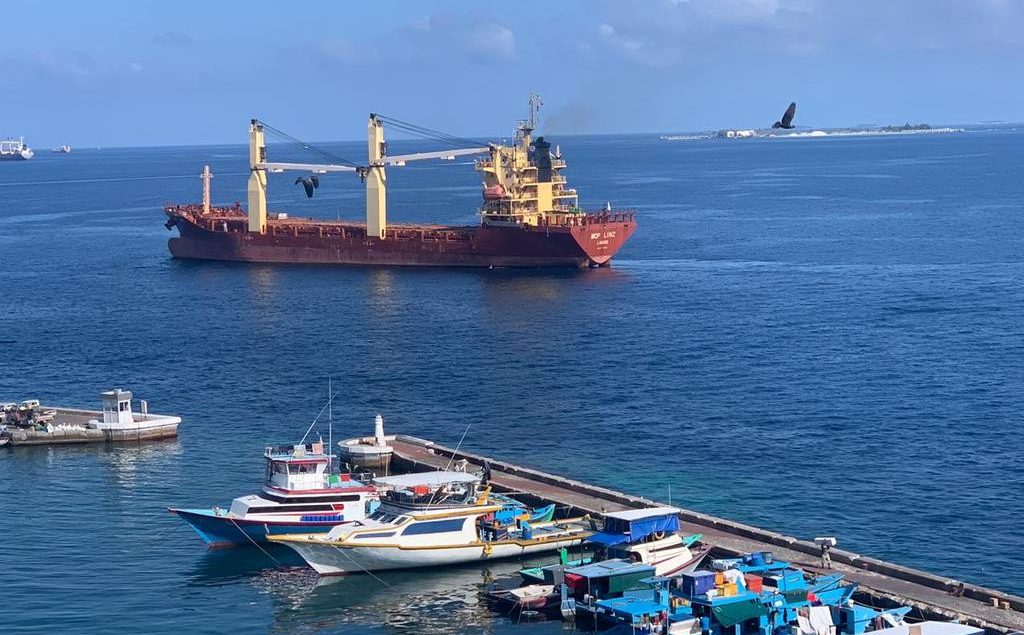 The Maldives State Shipping (MSS) Cargo Ferry, which establishes direct trade routes between the island of Kulhudhuffushi and Cochin, India, arrived in Maldives on 3 January 2021, completing the first trip of the year carrying 700 tonnes of goods on-board.

Managing Director for State Trading Organization (STO) Hussain Amr made the announcement in a tweet, stating that the ferry had arrived directly in Kulhudhuffushi, and that it would be carrying more cargo with each successive trip between Maldives and India.

In addition to this, MSS, which is operated by STO, declared in a tweet that most of the 700 tonnes of cargo transported by the ferry now docked at Kulhudhuffushi consisted of materials used in construction.

The MSS Cargo Ferry is set to travel between Kulhudhuffushi and Cochin, India, two or three times every month. The Indian government has pledged to spend USD 3 million in one year to ensure that the ferry is able to make regular monthly trips without having to halt operations.

The international trade route established by the MSS Cargo Ferry is projected to bring significant growth to small and medium-sized enterprises in the Maldives, along with boosting the productivity of the fisheries industry while providing many other business-related benefits; it is a way to directly export Maldivian goods to the entire population of India, which exceeds one billion people.

The MSS Cargo Ferry is equipped to transport frozen goods, which will give Maldivian fishermen the opportunity to directly export fresh frozen catch to India. Cochin can also be utilized as a channel for further international export of fish products to some of the Maldives’ biggest markets including Europe and Japan.

While the MSS Cargo Ferry makes it very convenient for Maldivian exporters to negotiate terms with Indian importers to expedite sales, the Indian Ambassador to Maldives Sanjay Sudhir revealed that one of the main purposes of this trade route was to help Maldives bridge the gap between the amount of goods imported to and exported from the country.

As the MSS Cargo Ferry establishes a route of trade between Kulhudhuffushi and Cochin, India, direct ferries have also begun traveling between the atolls of Addu and Huvadhoo to Tuticorin, India.