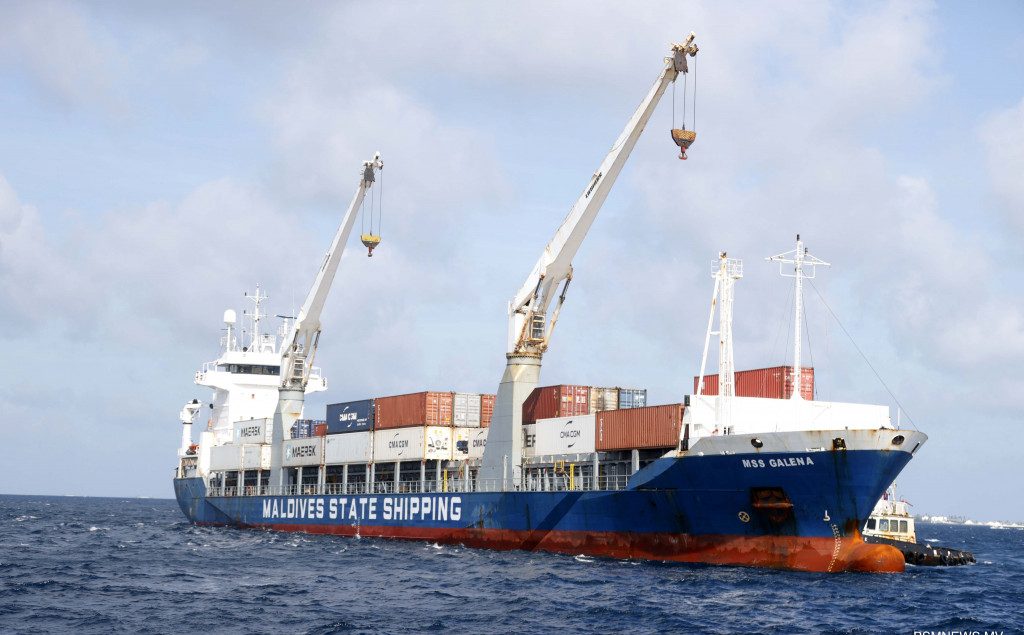 Managing Director of Maldives State Shipping (MSS) Abdulla Saeed has stated that a new ship will be brought in to transport goods from Singapore.

Furthermore, Managing Director Saeed said the new ship will establish a route between Singapore and the Greater Male’ Region, allowing it to become a commercial hub and benefit Maldivian businesses. He said the MSS will next establish a shipping route with Dubai, as UAE has been exporting a large amount of goods to the Maldives.

MSS is a shipping and logistics company owned by State Trading Organisation (STO), offering an extensive international liner shipping service. MSS began its services in 2020 to reduce the price of goods imported into the country. The company has stated it is working to expand its fleet as well as develop its human resources by providing more employment and career opportunities.

MSS is expecting its new bulk carrier MSS Chrome to arrive from the UAE with a full cargo later in the month. MSS purchased the new bulk carrier last month for the import of construction materials. The company bought its first vessel MSS Galena last year and is also bringing in a new container ship named MSS Graphene to meet the demand for shipping services. Prior to the purchase of its own vessels, MSS had been importing cargo on chartered vessels.